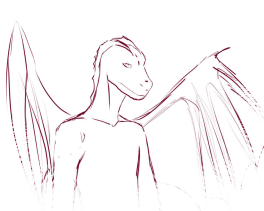 The Need for a New Story

Over the past several years, the number of youth identifying themselves as transgender, or gender-variant, has risen dramatically. Kids are exploring their gender identity earlier in life, and they are talking about it.

The world of fiction – especially youth fiction – is woefully unprepared for this. Operating under a long-standing taboo against discussing sexual orientation or gender identity in their lives, kids have similarly been denied the opportunity to see gay, lesbian, bi or trans characters in books created for them.

Recent years have seen this trend beginning to change, but transgender kids, in their rising numbers, still have few ways to see themselves in their own stories. Where are the trans characters in books for kids?

Wyvern began with the dream of creating a solution to that problem. Its goal is provide parents and teachers with a new way to introduce these often difficult conversations to their kids: through an engaging, fantastical story that’s enjoyable and exciting for fantasy fans of any age.

Approaching its completion, the Wyvern project has attracted strong support from the FTM (female-to-male transgender) community. The consensus: having a character like Quinn in their lives when they were kids would have helped them tremendously to understand and accept themselves. Through Quinn, trans kids will have a chance to bond with a quirky, lovable character that is like them.

Just as importantly, the book will reach into the lives of non-transgender kids and youth as well, giving them a window into one experience of being trans, and helping to make an unfamiliar and sometimes scary topic a little more comfortable. The aim: to create the positive, inclusive world painted in the story in the lives of the kids who experience it.

The author hopes for Wyvern to be just one of many stories that bring transgender kids and characters to the front of the line. At the very least, he hopes the parents, teachers and other grown-ups who read Wyvern with their kids will open the door to even more conversations that celebrate the gender diversity in youth, and break down the fear standing in the way.