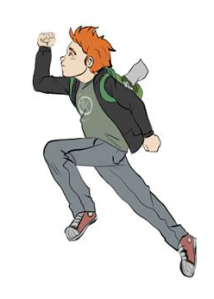 Quinn is your average 12-year-old kid – goes to school, hangs out with his friends, hates his brother. He’s very much like any other 12-year-old boy, except for one fact: he was born in the body of a girl.

Knowing the label of ‘girl’ doesn’t fit, but with no clue how to make things right, Quinn one day finds himself near a secluded creek where he stumbles upon a mysterious coin in the dirt. When he takes it, he finds himself transported away to an entirely new world called Aldia.

He soon finds himself face-to-face with the most unusual creatures. They call themselves wyverns. Civilized, dragon-like people who have only one gender – who don’t call themselves he or she, but wy. He soon learns that, thanks to a centuries-old curse, the wyverns have lost their ability to fly – and what’s more, the very coin that brought him to Aldia might just be the key to returning the wyverns to the skies.

Anxious to return home but with no idea how, Quinn embarks on an adventure to help the wyverns regain their lost flight, and begins to grow into the boy he is. 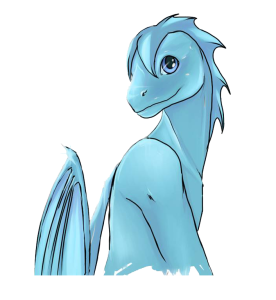 As Quinn begins to get his bearings in this new world, the very first wyvern he encounters is a young, cheeky, blue-skinned trickster by the name of Teodor.

A member of a race of wyverns called ethereals, Teodor can turn wymself invisible. Unfortunately, ethereal wyverns are hated by the people of the land, and Teodor is forced to hide, living invisible in the forest.

When Quinn unexpectedly lands in that very forest, knowing nothing about the world he’s in, their chance encounter forms the beginning of a fast, and eventful, friendship.

Determined to help Quinn return to Earth, Teodor goes with him, unaware that wy is at the start of wys own journey of self-discovery, as wy learns to be visible once again.