As we all know, getting a story off the ground takes more than just putting words on paper. This intrepid team of dedicated and talented individuals have given – and continue to give – their valuable time to make this project possible. Many of the following people have donated their time free of charge or for a very low fee, and Wyvern’s fundraising efforts will go in part directly to them, to give that time the recognition it deserves.

Toby is the gravy to Wyvern’s mashed potatoes; the jelly to its peanut butter. His artistic creations bring the characters to life – an extraordinary and emotional experience for me, the author, seeing my imagination literally take shape. His enthusiasm, energy and creativity are inspiring, and his incredible talent speaks for itself.

I’ve had the privilege of knowing Leslie for my entire life. She spent decades as a high school English teacher and librarian, and her masterful way around the written word has given Wyvern a full, rich voice. It means more than I can say to put my carefully crafted story into her expert hands. 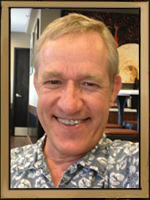 To say that Brian is a Jack of all trades would be a vast understatement – as well as an injustice to his brilliance and his broad skillset – but his keen eye and razor-sharp instincts have changed the landscape for Wyvern’s upcoming publication. His guidance will bring Wyvern to people and places it never would have seen without.

Veronica is among the more eclectic people I know, and also among the most energetic. She is a woman of many talents, one of which happens to be photography. She has been a fantastic supporter and she will be well sought after when Wyvern hits the road! 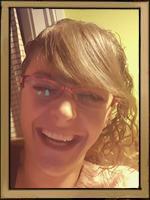 I would have been remiss – despite her modesty – not to include Ginny here. She was the first to read what I had then written of Wyvern, and from that point forward she was always quick to act as a sounding board, offer her ideas, and help me wade through the swamp of my own imagination. Much of the complexity and subtlety of Wyvern’s characters and plot owe their existence to her support and encouragement.

Because I myself am not trans as Quinn is, possibly the most important contributions of all came from several selfless and generous individuals who identify as transgender men. The inspiration for Quinn’s character, and the story, came from one such individual, my close friend Matthew Sutton, whose experiences and perspectives helped shape Quinn into the character he is. I continued to seek input from trans men, to ensure that Quinn was as truthful and authentic as he could be. These people include Rhys Depledge, Adam Mann, Isaac Hale, Parker Grim, Chester P. Culy, and James Wolf.